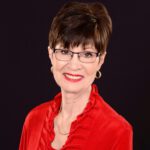 has treated children with language disorders for over 40 years beginning in the Michigan public schools. She served children and adolescents there with a wide variety of conditions and disorders including autism, developmental language disorders, specific language impairment, traumatic brain injury, various syndromes (e.g., William’s syndrome), and neurological conditions (e.g., cerebral palsy, brain tumor). As a professor at Eastern Michigan University (EMU), Stevens taught both undergraduate and graduate courses in the area of child language including “Language Acquisition,” Management of Language Disorders,” and “Language Disorders in School age Children.” She also placed and supervised school interns. Stevens has been a member of SIG 1 since its inception and served as a reviewer for its Perspectives from 2009 to 2013. She also served on the 2006 ASHA Convention Program Committee as a reviewer for Child Language Disorders. Publications include two book chapters as well as journal articles in child language and numerous presentations. In 2014, Stevens established the Language Laboratory within the Special Education and Communication Disorders and Sciences Department at Eastern Michigan University (EMU). She retired from EMU in 2019 as Professor Emerita. Stevens is a recipient of the Honors of the Michigan Speech-Language-Hearing Association and the EMU Distinguished Woman in Higher Education Leadership Award.