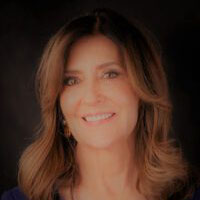 As a certified speech-language pathologist for 30 years in public schools Melanie has achieved advanced knowledge and skills in child language and language disorders. She spent two years as a classroom teacher for children with language learning disabilities where she developed a keen interest in the relationship between language development and academic success. It was from this experience that she developed an interprofessional educational program that targeted kindergarten-aged children at risk for language learning disabilities. She wrote and received a grant for this successful program that operated every summer as part of the school district’s special education program for over 10 consecutive years. She also had the privilege of focusing on children’s language associated with ASD and became an ASD specialist within her school district. Melanie also taught a graduate level course on Autism Spectrum Disorder at GA State University and has presented numerous ASHA-approved continuing education courses on ASD and pragmatic language, as recently as this year. Her interest in child language also inspired her to complete all of the required coursework for state teacher certification of English as a Second Language (ESL). She was especially interested in exploring language disorder versus language difference. She taught ESL for grades 1 to 3 in her district’s summer school program and it provided a fertile learning environment for her to further develop her expertise in child language and language disorders.

Other Areas of Emphasis